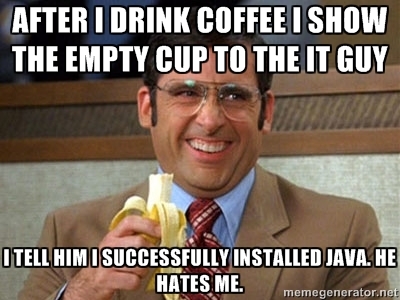 Internet users rejoice, hackers despair and corporate IT departments are on suicide watch. Yep, that can only mean one thing! Oracle are finally pulling the plug on their troublesome Java browser plugin.

So far, 2016 has been a big year for the modernisation of browsers. First Microsoft announce they will no longer provide support for old Internet Explorer browsers. Now Oracle are deprecating their Java plugin.

This news is hardly a surprise though. Chrome stopped all support for plugin based technologies nearly a year ago. Chrome were not alone in this endeavour though. In fact most modern browsers had made similar move by the end of last year.

Removing this support meant embedding Silverlight, Flash or Java was no longer possible.

Fortunately, now it is official. Oracle have announced that the plugin will be removed from JDK 9. It will no longer be in the future runtime environment in Java SE releases.

This is of course great news for pretty much everyone. The Java plugin has been a security risk in browsers for a long time. Hackers have gladly exploited those vulnerabilities for just as long.

This is what led Google and their peers to remove support for the plugin in their browser in the first place.

In fairness, in recent times, even in older browsers, the newer versions of the Java browser plugin have made it increasingly difficult to run without warnings.

Moving On – Life After The Plugin

But now the final nail is in the coffin and developers are being forced to move away from the plugin system. Especially if they want to remain secure.

Of course, developers will still want access to Java SE technology in the browser. Oracle are pointing you in the direction of Java Web Start which allows that, without plugins.

One Man’s Dream Is Another Man’s Nightmare

Unfortunately it’s not all good news. My first reaction upon hearing this news was guy wrenching fear. Fear for all the poor souls working for corporations that run ancient systems.

For you guys, I am not sure if this is great news or not. I mean, for the online ecosystem, it is great. But you are left in a bit of a situation.

I mean, many companies will most likely just brush it under the carpet. Continue running the Java plugin because it costs too much to upgrade the systems. Just like many of them did with XP and likely will with the old IE browsers.

The Clock Is Ticking

Time is running out for these companies though. The knowledge pool of people capable of maintaining is getting thinner and thinner. A lot of people, not much younger than myself, will never have exposure to these technologies.

When current support networks move on or retire the companies will be in trouble. The replacements will be young guns (again, to save money). Now there is an entire IT department with no knowledge of the archaic systems that are running.

My fear is for those of you in companies that do decide to upgrade their systems. You will be drowning in support tickets. My thoughts go out to you, stay strong soldiers.

For the rest of us, what is the next big step forward in the online world do you think?

Tell your friends about this article… 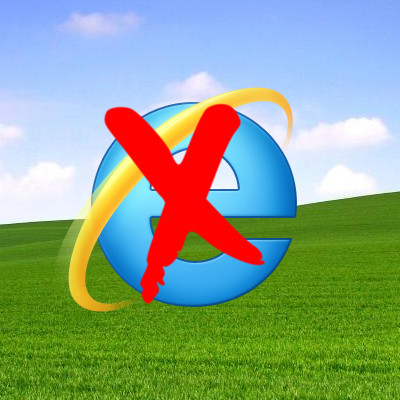